Get into a Cross-Cultural Mindset for Your Global Website

As promised in our last post, let’s take a closer look at some of the cultural sensitivities to heed when designing a global website.

How does a color on your site impact someone on the other side of the world? How about a graphic, video, or your logo? Many design elements have unintended implications in foreign markets – adding hair-pulling complexity to what you might have thought were simple aesthetic decisions.

Here are just three examples to watch out for. 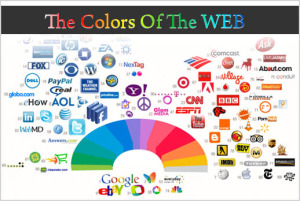 1. Spinning the cultural color wheel. Green in the U.S. is often associated with the environment and eco-friendliness (or, somewhat conversely, money and envy). In China, however, green can be associated with fertility and new life, but it also represents disgrace and infidelity. Yellow in western culture is often associated with happiness, energy, summer, etc. But in some countries, such as Mexico and Egypt, it’s the color of mourning. Red is also a mixed bag in terms of mood, although it dominates the logos of some of the biggest global brands (Coca-Cola).

Having trouble deciding? Then go with blue, which turns out to be the option with the most universally positive connotations – probably the reason why it’s the most popular corporate color worldwide.

2. A picture is worth 1,000 words. But it can say very different things, very powerfully, to different cultures. An owl, for example, often represents wisdom in the West, but is associated with pessimism and bad omens in the Middle East. In China, meanwhile, the rat is well-respected for its honesty and generosity, but few in the U.S. regard this rodent so fondly. Also, while sex sells (or is at least tolerated) in many parts of the world, you should cover up your scantily clad spokeswomen and B2Beefcakes in the Middle East.

3. The ethos and pathos of logos. Like graphics, some symbols used in company logos can be misinterpreted in different cultures. For example, a logo for Nike’s Flaming Air caused outrage when the logo appeared too similar to the Arabic script for “Allah,” leading to Nike pulling the product from shelves. Even the iconic Apple logo isn’t immune to a cultural dustup; a group of devout Russian Orthodox Christians sought a ban, calling the bitten Macintosh blasphemous due to its associations with temptation.

Of course, you can’t please everyone, everywhere, all the time. But it’s still important to think about how your design will be interpreted by different audiences. So research the cultures – what matters, what’s positive, what’s negative – and adjust color and imagery as necessary. Because if you want to reach a cross-cultural, global audience, then you have to design for the global common denominator.